All automation and control system are constantly exposed threats from cyberspace, posing a major risk for manufacturing industry. Media reports have shared incidents across the world on the impact of such attacks and its common knowledge that such attacks are on the rise. Whether production of goods is done through systems such as SCADA, DCS/PCDS, MES, data horizons, the common theme is that they need them to be constantly online as companies cannot afford loss in production time. In other words, preparedness and a robust control have never been more important to safeguard companies against cyber-attacks.

Hopefully these systems are hardened and patched – which is meant to reduce the area open to attack. However this area is increased by usage of WLAN or Remote Access.

Compromising common industry automation and control system is not a challenge to hackers and developers of malware. “Nothing has ever happened to us” you might say. The question is whether you would actually notice if you were attacked? Information such recipes or daily yield might be ex-filtrated by malware silently. Calibration data of QA lab systems can be tweaked. Would you be prepared? Is a Cyber Security management system in place to handle these incidents?

Why” you might ask “would anyone harm to our production automation and control systems?” Easy answer – because they can. Because they can sell their experience. Because organized crime would be willing to pay for it.

Consider ourselves as your partners in your quest to secure your premises, sites, plants, rooms and devises. 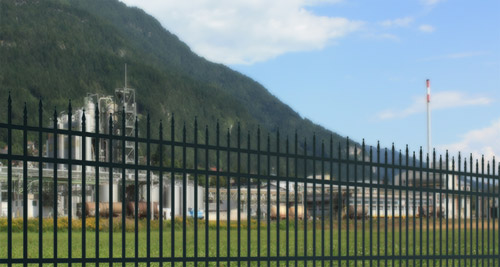